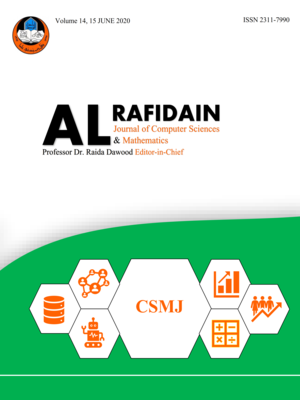 A New Symmetric Rank One Algorithm for Unconstrained Optimization

In this paper, a new symmetric rank one for unconstrained optimization problems is presented. This new algorithm is used to solve symmetric and positive definite matrix. The new method is tested numerically by (7) nonlinear test functions and method is compared with the standard BFGS algorithm.
The new matrix used is symmetric and positive definite and it generates descent directions and satisfied QN-like condition.

In this paper a new class of Quasi-Newton update for solving unconstrained nonlinear optimization problem is proposed. In this work we suggested a new formula for the variable metric update with  a new quasi-Newton condition used for the symmetric rank two formula.
Finally, a numerical study is reported in which the performance of this new algorithm is compared to that of various members of the unmodified family. Numerical experiments indicate that this new algorithm is effective and superior to the standard BFGS and DFP algorithms, with respect to the number of functions evaluations (NOF) and number of iterations (NOI).

The numerical stability analysis of Brusselator system has been done in one and two dimensional space. For one dimension we studied the numerical stability for explicit and implicit (Crank- Nicolson) methods and we found that explicit method for solving Brusselator system is stable under the conditions  , and
While the implicit method is unconditionally stable. For two dimensional space we found that ADE method is stable under condition   , and , while ADI is unconditionally stable.

As a generalization of regular rings, that is a ring is called n-regular if  for all . In this paper, we first  give  various properties of n-regular rings. Also, we study the relation between such rings and reduced rings by adding some types of rings, such as NCI rings, and other types of rings.

Some Algebraic and Analytical Properties of Special Matrices

In this work we present a subset of  (  is the set of all  matrices ) which we called the set of special matrices and denoted it by  . We give some important properties of  .

Monotonicity of Some Functions Involving The Beta Function

In this short paper the monotonicity of functions involving the Beta function is considered to be study by using a similar method given in [2] and [4].

Vulnerabilities in common security components such as firewalls are inevitable. Intrusion Detection Systems (IDS) are used as another wall to protect computer systems and to identify corresponding vulnerabilities. The purpose of this paper is to use Backpropagation algorithm for IDS by applying bipolar input “input is represented as (1, -1)”, and bipolar sigmoid activation function.
The KDD Cup 99 dataset is used in this paper. Number of train dataset is 4947 connection records, and number of test dataset is 3117 connection records. The results of the proposed method show that the PSP is 88.32 and CPT equal to 0.286.

In this letter, a new digital watermarking algorithm is proposed to hide binary image watermark inside gray image to increase authentication and robustness, DWT are used in embedding because it has many features in image processing. To increase the effective of this algorithm chaotic logistic map are used to select the embedding position in host chaotically which increase the security and make it hard to be detected, experimental result which be measured by using (Mean Square error, Peak signal to noise ratio , Signal to Noise Ratio, CORLLATION) has value (0.3195, 53.0867, 45.9152, 0.9998) respectively reflect the effective of this algorithm, the watermarked image has no noticeable change, some image processing operation such as(filter ,noise and compression) are used to test the robustness which measured by calculate similarity between extracted watermark after attack and the original one, Programming based on Matlab9.

Information Hiding Based on Chan-Vese Algorithm

Hosoya Polynomials of The Width Distance of Some Cog-Special Graphs

In  this paper, we give some definitions and  properties of the width distance and find the Hosoya polynomials, Wiener indices, and the average distances of some special cog-graphs with respect  to the width distance.

This research is dedicated for analyzing the stability of a system of flow equations for soap film that has opposed for disturbance, and this analysis was done by using Galerkin method which enable to find disturbance growth from its nonexistence after making the system linearization. It was shown through the results of analysis that these equations were in stable state when the real part of wave velocity (a)  is a negative quantity, and it is  unstable state when the real part of this velocity is a positive quantity, i.e. a < 0 we get stability and this happens when the distance (do) and the source (uo) in two similar signs and when a > 0 we get unstable state and this happens when do , uo  have two different  signs.

Segment the Medical Images based on Contourlet Transformations

In this paper, we have studied the Normalized Cut algorithm to segment the medical images that was widely used in the last decade. And we based on Image in contourlet domain that supports rich information in Low _ Low frequency. And a clear edges in High_ High frequency.
As motion above, we can replace the algorithm filters by the high frequency contourlet coefficient, and then the edges will be projected on the original image to obtain a segment to be studied independently.
When the proposed algorithm applied on the medical images after exchanging the previous filter by the contourlet coefficients, Adopted in additionto extract the properties of the selected segment to be recognized by human eyes.

The covert channels of type covert storage channels were used in this research to hide textual data or an (image hiding secrete data) in the transmission protocol layer and the internet protocol layer of TCP/IP module. We use IP protocol in designing covert channel by using Identification field, and use TCP protocol in designing covert channel by using Urgent Pointer  field, and UDP by using Source Port field. Finally ICMP protocol by using Echo request message and Message field.
The result of Covert channel after analyzing the protocols (IP, TCP, UDP, ICMP) header depends on the field that used in the designing the Covert channel. The access ratio of hidden data in the two protocols TCP/IP was %100. UDP protocol on the other hand depends on a mechanism of unsafe communication. ICMP protocol provided a good transmission, though unreliable, in that the message structure can be unreliable or clear.

Classical encryption methods depend on two basic encryption method, namely MONO ALPHABET and POLY ALPHABET.
In this research, we developed a hybrid encryption algorithm to overcome the weaknesses in both methods and  employed  the basic methods  of themselves. The output  ciphertext is characterized  with the high security  when it does not give the expected results using the basics to break the code, namely, (adoptig the frequencies of the language used i.e. Frequency Analysis, besides Coincidence and Kasiski test).
The problem of  distributing the secret key has been also overcome by adopting a new technique to  hide the  key inside the encrypted text in a nearly proposed way. Experimental result has been demonstrated that it is difficult to determine  the used encryption method ,in this algorithm we used MATLAB.

Student's system has been analyzed and A database was designed according to their registration, study and lectures attending , with full documentation to their degrees, the information of undergraduate study in computer science department students – University of Mosul are used as a case study. This research use two data models to represent the database first is the Entity-Relationship Model, second is the Relational Model, Microsoft Visual FoxPro 9.0 used to create the database which contain all the related tables, a numbers of important suitable windows and reports that matches the department's needs  are created also.

The basis number b(G) ,of a graph G is defined to be the least positive integer k such that G has a k-fold basis for it’s cycle space. In this research paper,we have studied the basis number of some special graphs for Mycielski’s graph .It is proved that

In this research, an intelligent computer system is designed for recognizing printed Russian letters by extracting features of the letter by finding the Eigen values which then used for training and testing the artificial neural network used in this work namely, Elman NN. This network is used as a tool for decision making. Data is entered using a flatbed scanner which results in high extensity, fineness and homogeneous BMP extension images. The programs are implemented by Matlab language, the software include image enhancement techniques, image segmentation, resize the segmented image and  features extraction dependent on Eigen values .These values are then used to train and test the Elman Neural Network. In this work the pass  ratio of recognition up to 90 % .

Unsteady Flow to Viscous Thin Films on a Vertical Surface

In this paper we have investigated the unsteady flow to thin films of an incompressible liquids with no inertia force, continuity equation and Nervier-Stokes equations are used to obtain the equation that governs this type of flow, this equation is solved analytically to find the thickness of the film.

An Investigation for Steganalysis in Color Images

With science developing and techniques used in Information hiding, there are another techniques wall together for Steganalysis.
Steganography is considered as the new and the complementary system of Cryptography that took a long time in transferring secret and important messages through the networks Internet. Then there was the emergence of what complements Steganography as a science that analysis and discover the content of the secret messages and this science is Steganalysis.
This study tackled and manifested the ideas of analysis processes that can be followed to interpret the secret messages and discovering them either by means of knowing about their existence only or the capability of extracting them in full.
The work relied on two important technologies; the first is called the Support Vector Machine (SVM) and the second is called Fisher Linear Discriminator (FLD). The SVM technology has been used with the blind application idea while FLD has been used with the blind and non-blind application ideas using colored images which are PNG and BMP.
Results proved the high efficiency of the two technologies in detecting the image that includes the secret messages and comparisons were varied between the two technologies in terms of detection rate, fault and the execution time.

CASE Tools play a significant role in the field of software engineering development processes where they are utilized in system modeling and analysis, in system design and in generating automatic software codes based on system design models.
In this research the (ERToOracle10g) tool has been designed and implemented as a CASE Tool. Hence it is used to construct a data modeling using ER Model, then transforming the graphical model to (Oracle 10g) SQL instructions and executing it automatically inside an (Oracle 10g) server. XML has been used  to transform graphical ER model to SQL instructions. The graphical ER model includes symbols and shapes that are difficult to analyze or to directly generate SQL instructions. The graphical model is transformed to descriptive text using XML which is easy to analyze and transform to SQL instructions.